During our trip in France during Summer 2018 (see Episode #9 of Galactic Hunter to see our video from there!), we visited the city of Lille, in the North of France. In Lille, we stumbled upon a flea market, full of very old books. We found an astronomy book by Camille Flammarion, dated from the 19th century. We really wanted to buy it, just for the fun of having a very old astronomy book at home, but did not have any cash on us (the book was 50 Euros).

Since that day, we have been trying to find a similar antique book, and looked for some online every day, the price sometimes going to the thousands of dollars. After days and days of checking the web (only European websites) for an old astronomy book, we found this one, a book started in 1795 and published in 1799, with several entries by our favorite astronomer of all time, Charles Messier! It was "only" $120.

Please note that the translations to the observations below may sound really weird. This is because the book is written in very old French and there are some words that we cannot even understand.

General view of the book, with the front cover

WHAT'S IN THE BOOK?

The French Scientific Institute published their Memoires from 1795 onwards. We are very lucky to have been able to get our hands the 2nd Volume.

This 18th century book contains summary reports on developments in Astronomy; Chemistry; Medicine; and Veterinary information, in the form of scientific research written by the leading experts of the French scientific community.

What we care about the most is the Astronomy part, especially the sections written by Charles Messier!

There are other astronomers, like Lalande, Laplace, and Lagrange, who took part in this book, but… we like Charles the best. 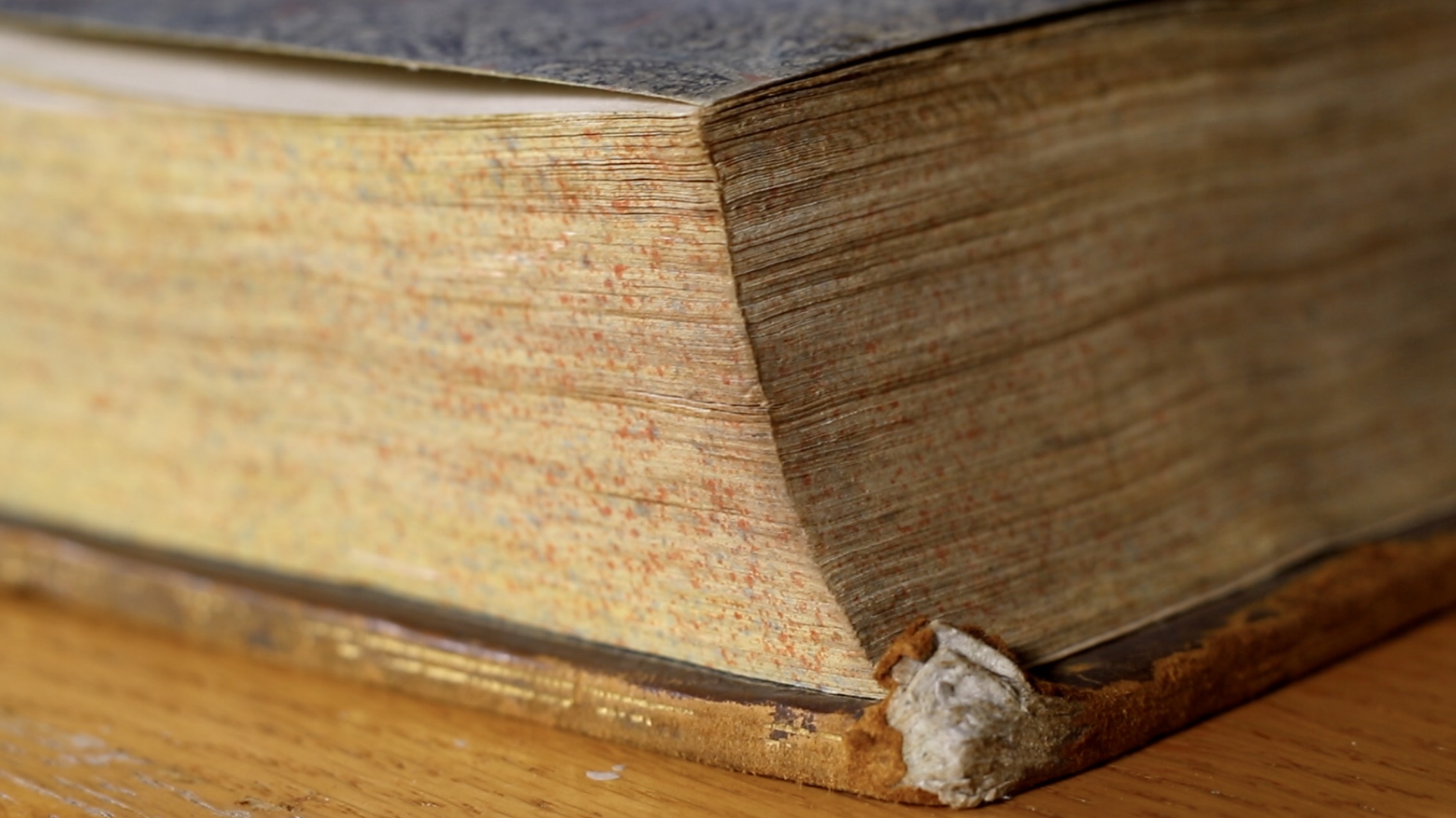 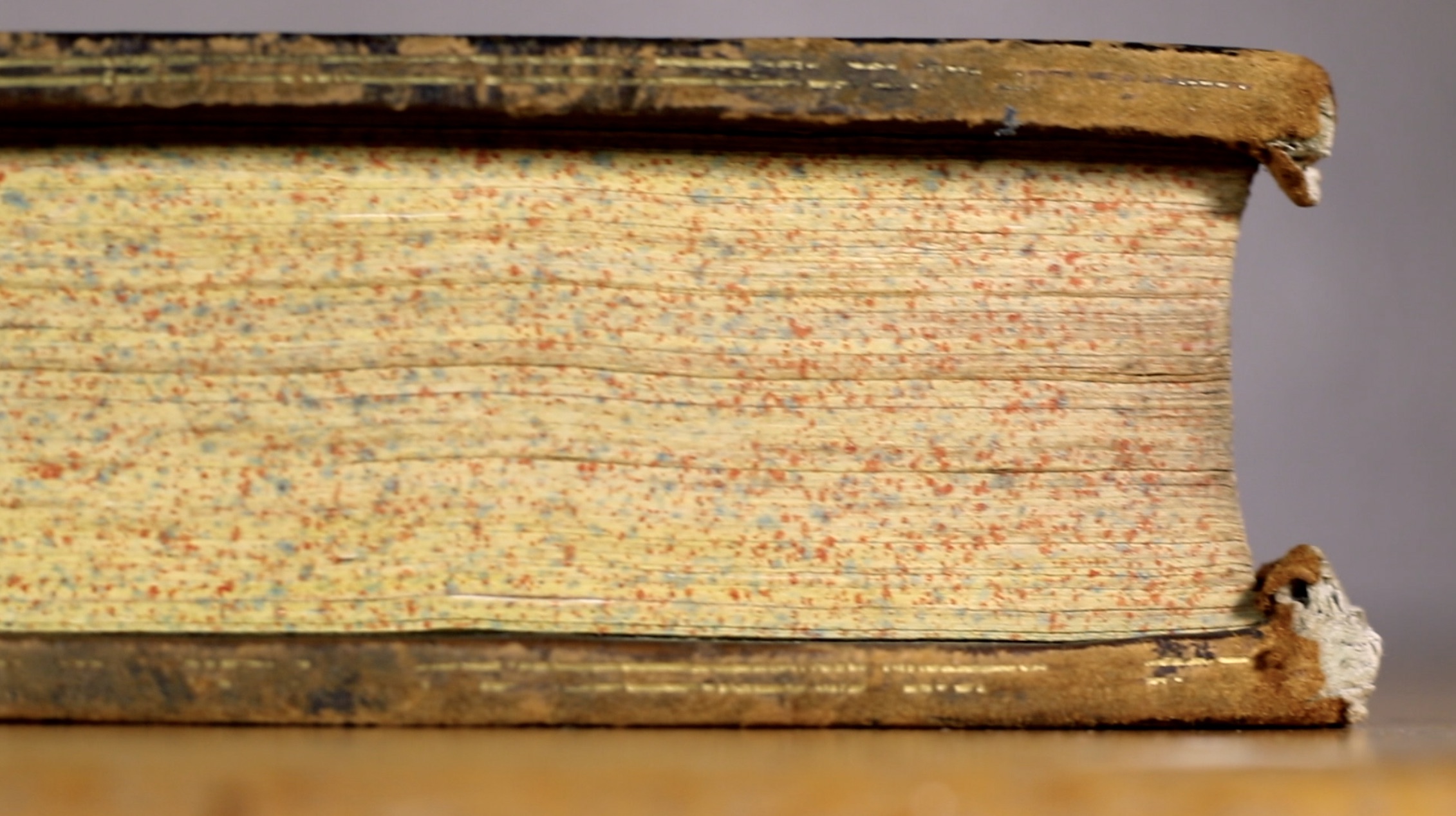 There are a total of 674 pages in this book. The other astronomy topics were mostly about solar eclipses, star eclipses, and moon researches.

There were also a few pages about Pierre Méchain's 10th comet discovery. And a few strange scientific sections were in the text as well, such as a research on a dead baby cow that stayed intact inside of its mother for 15 months, tree illnesses, research on a man's stomach poisoned by opium, and, the best for last *sarcasm*… a comparison between human and horse pee.

Bad weather prevailed all the month of June, we have had the rains and the winds: the eve of the eclipse, the same, rain at different times during the morning; In the afternoon, thunderstorms, thunder, lightning, great rain and wind.

Rain also during the morning on the day of the eclipse, and many clouds in the afternoon with rain. This bad weather almost killed any hope of observing the eclipse.

Before it began, the clouds separated, and left long enough in a thinning; it was well finished(?). I observed the beginning of the eclipse, which seemed to me at half-a-second (?), the indent was insensible; To reach some distances, horns, with a lunette on the meridian; the moving wire of the micrometer had indicated to me the point of limb of the sun, where I must wait for the contact of the two limbs; the march of my clock was well known to me by the midday observed with a temporary instrument.

Here is the table of my observations, which you must take off eight tenths to reduce them to the observatory.

Opening to page 429, where Messier discuss his 21st comet discovery

I discover this comet on 23 Germinal, towards eight o'clock in the evening, near the Pleiades, parallel to the most brilliant of these stars (it is the twenty-first comet I discover since 1758, and the forty-second one I observe).

It is little, round and without any appearance of tail, I could not see it with the unaided eye the entire time I observed it. The duration of its appearance was forty-three days during which it has traveled 102 degrees in right ascension, following the order of the signs, and 45 degrees and a half in boreal declination, raising to the pole of the world at a distance of 21 degrees. The forty-three days it remained visible, twenty-eight days were of excellent observations.

This comet passed by the constellation of the Bull, and crossed Perseus, towards the Giraffe, and here in the head of the Great Bear, where she stopped being visible on the 5th of this Prairial month.

The curve drawn on the map indicates the apparent movement of the comet among the fixed stars.

This comet, which has been visible in instruments for forty-three days, has so far not been the subject of any foreign observations.

OPENING THE BOOK IN VIDEO

We made a video of us opening the book for the first time! You can see it below.

This 18th century book is simply awesome! For us, astronomy lovers, we really are in awe when reading the notes of scientists who made an impact on our view of the cosmos more than two hundred years ago. We will do our best to keep the book in a great shape, while also take it out to our local astronomy club and other events we might attend. We surely are not the only people who'd love to take a look at it!

Let us know what you think of it, and what kind of other "special" posts you'd like to see from us.

Invitation to be featured in Galactic Hunter's next book

5 September Astrophotography Targets you can image this month!