What are the easiest galaxies to photograph?

Welcome to our guide about the easiest galaxies for beginners to photograph! We have selected what we believe are the best galaxies to attempt as a beginner astrophotographer. We will go through each of them and tell you why they can be imaged easily. We'll also tell you when they are available in the sky and some tips on how to get the best possible result!

Are you a complete beginner and do not own a telescope, a tracker or any filter yet? No problem! All the galaxies below can be photographed with a simple DSLR camera, affordable lens and tripod! We'll make sure to add an image with and without a telescope and tracker for each object.

M31 is best photographed in FALL

This wouldn't be a list of easy deep sky objects if we did not include the famous Andromeda Galaxy!

Messier 31 is often the first object captured by beginner astrophotographers, and it most likely will hook you for life! M31 is large, bright, and very impressive looking. It also has two small but luminous dwarf galaxies very close to it, M32 (partly hiding behind the spiral arms of M31) and M110 (the larger one, below the main galaxy).

The Andromeda Galaxy can be photographed with any instrument, and is also easy to capture using a DSLR camera and a tripod. We personally like to use a 50mm lens for this target when doing wide field astrophotography as it allows us to include another galaxy, Messier 33 in the same frame! More info on that below.

Left: Our image of M31 with just a DSRL and a tripod

Right: Our image of M31 with a DSLR and a telescope 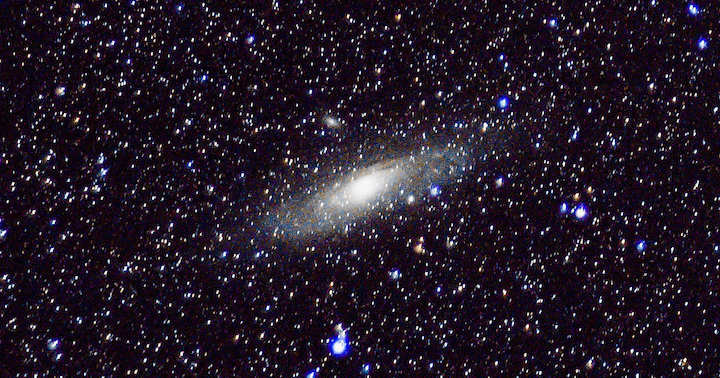 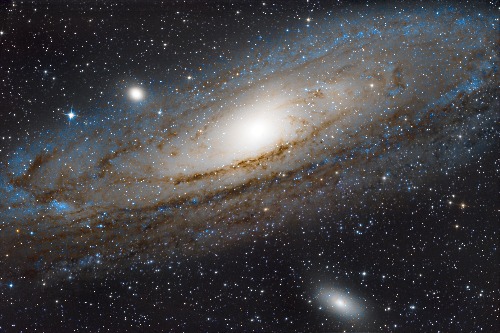 M33 is best photographed in FALL

Messier 33 is the second easiest galaxy to photograph and lies not too far from the Andromeda Galaxy. As we mentioned earlier, you can capture both M33 and M31 in the same frame if you are doing wide field astrophotography. You can see our image by visiting our full M33 blog post.

Below to the left you can see M33 photographed with just a tripod and DSLR camera, and no tracker. On the right is M33 with a DSLR camera once again, but this time attached to a telescope and a mount tracking the stars.

Left: An image of M33 with just a DSRL and a tripod, by "aquamarine_polyester"

Right: Our image of M33 with a DSLR and a telescope 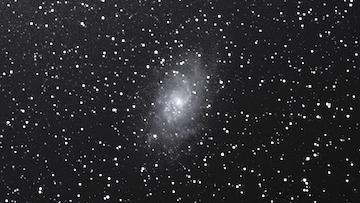 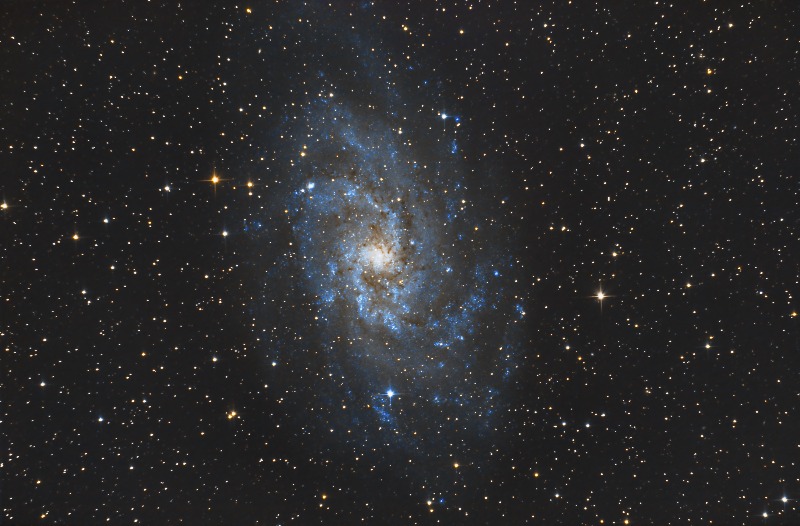 Both Magellanic clouds are irregular dwarf galaxies orbiting our Milky Way. They are visible from the Southern Hemisphere and are very easy to photograph thanks to their size and brightness.

These objects are on our wish list if we ever travel to the south part of the world!

The Small and Large Magellanic Clouds may not be the most impressive targets out there, but long hours of exposure will reveal some incredible detail and spots of star formation, especially if using a Hydrogen Alpha filter!

The Large Magellanic cloud is huge, and spans over 20 full moons in the sky!

M51 is best photographed in SPRING

Messier 51 is actually two galaxies colliding, M51A (the larger one) and M51B (also known as NGC 5195, the smaller one being absorbed). This makes for a unique target that looks fantastic in photographs. The Whirlpool galaxy is really easy to find in the night sky, as it is located just by the famous Big Dipper.

This is a bright target that has two bright cores so make sure not to go crazy when you process your data or you might lose some detail in the center of M51A and M51B. This is a great object for any kind of astrophotography, with and without a telescope, and it is not too difficult to photograph untracked either. The main challenges lies in bringing out the faint gas that is seen expelling from each galaxy. This is something that is most likely impossible to reveal without a tracking mount.

Left: An image of M51 with just a DSRL and a tripod, by Bryan Leonard

Right: Our image of M51 with a DSLR and a telescope

M101 is best photographed in SPRING

The Pinwheel Galaxy is a large spiral galaxy that is seen perfectly face-on. There is also a bright dwarf galaxy very close to Messier 101 that can easily be captured, designated NGC 5474.

You can find the Pinwheel Galaxy near the famous double stars Alcor and Mizar in the Big Dipper asterism.

This object has a low surface brightness, meaning it is difficult to observe, but it actually is pretty bright when photographed!

The image on the left below is once again from Bryan Leonard. This time, it is a total of 38 minutes and 54 seconds of integration time.

Left: An image of M101 with just a DSRL and a tripod, by Bryan Leonard

Right: Our image of M101 with a DSLR and a telescope 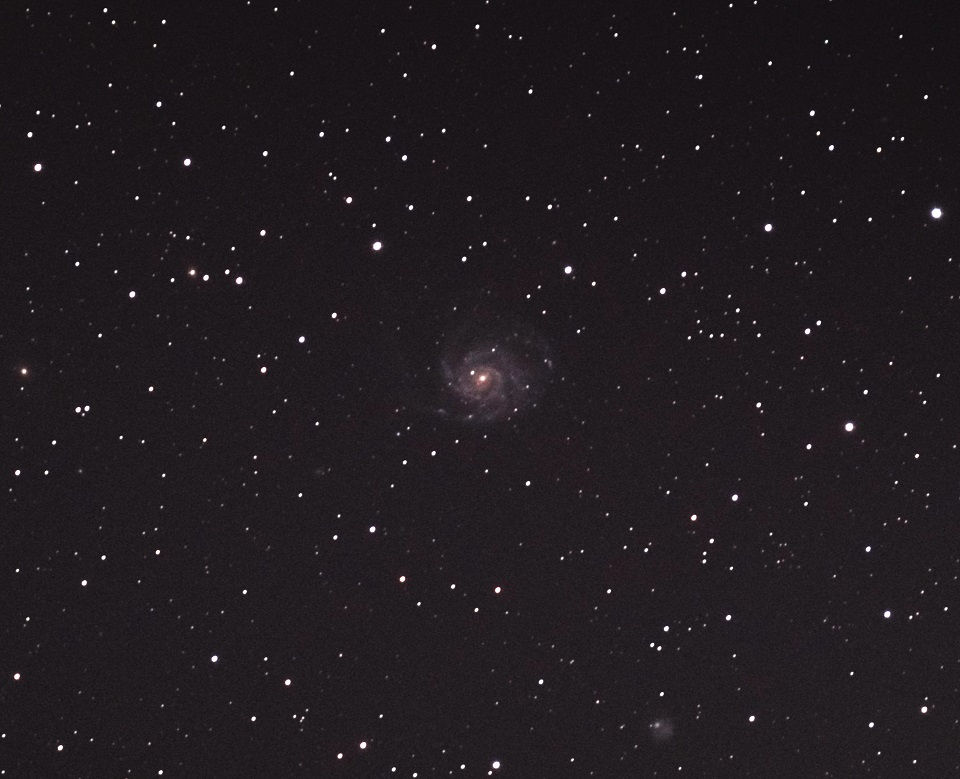 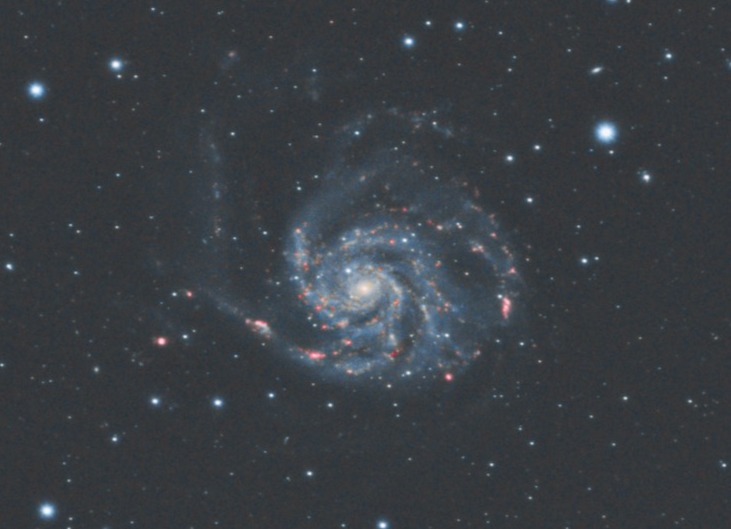 M81 and M82 are best photographed in SPRING

Yet another target in the constellation Ursa Major!

M81 (Bode's Galaxy) and M82 (The Cigar Galaxy) make up the most famous pair of galaxies in the night sky. Both are very different (M81 is a spiral galaxy seen face-on, M82 is a starburst galaxy seen edge-on) but very beautiful!

These two objects will fit nicely in most amateur telescope's field of view, and you should have no problem seeing them both if you are using a camera lens as well.

Are you an experienced astrophotographer? The two main challenges for you will be to reveal all the hydrogen alpha present in M82's starburst activity, which is possible if using an HA filter. The second, and hardest challenge will be to bring out the "IFN" (integrated flux nebula) all over the image. This is a part of the sky that has plenty of IFN and long hours of exposures with a Luminance filter should reveal it as long as you are imaging from a dark location.

If you are just getting started in the hobby, don't bother about these two difficult things and just have fun shooting what you can! 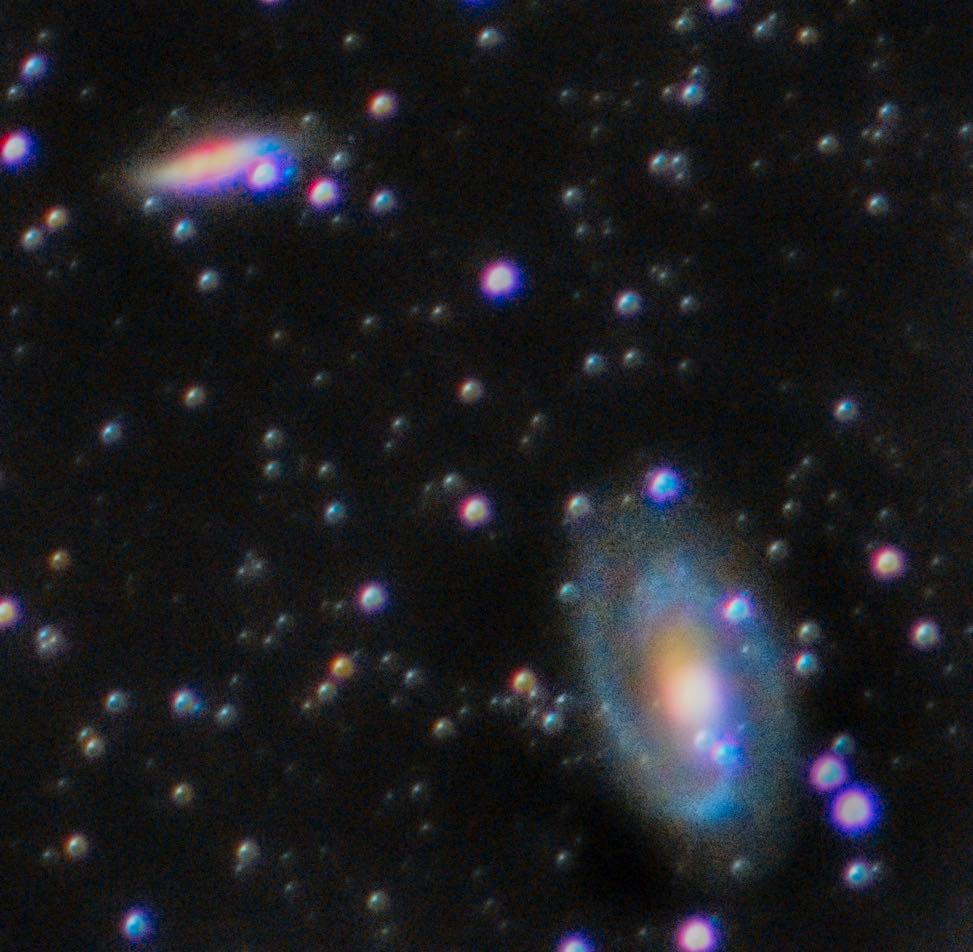 We hope this guide was helpful, especially if you are a beginner astrophotographer! Depending on what time of the year it is, you might want to instead take a look at the easiest NEBULAE to capture! [post coming soon].

Also make sure to read our seasonal guides about the best targets to capture all year long.

Invitation to be featured in Galactic Hunter's next book

5 September Astrophotography Targets you can image this month!